Last week I headed up to Bass Pro Shops in Barrie to do a little shopping. I had a decent list of lures and tackle that I wanted to purchase for our trip to Little Vermilion Lake this May, but I also had a bit of a dilemma. As recently as last year my hands have often been swollen and very sore from Repetitive Stress Injury (RSI), all of those long days of fishing, late nights hacking, and all those video games had begun to catch up with me. Not to mention that I’ve been training Muay Thai for something like 8 months now. Well one morning, probably a day my hand hurt and I should have taken it easy, I over exerted myself and snapped a tendon in my right thumb. An injury similar to Gamekeeper’s Thumb also known as Skier’s Thumb.

Believe me it wasn’t fun, and it hurt a lot, for months. So knowing that my hands will probably hurt after a few days of fishing for 10-14 hours straight, I decided to buy a right-hand crank reel to hopefully let me rest my right hand a bit while still fishing. Of course I wasn’t looking to spend very much either, and even though I’m not a big of BPS made gear I’m giving this combo a fair chance. 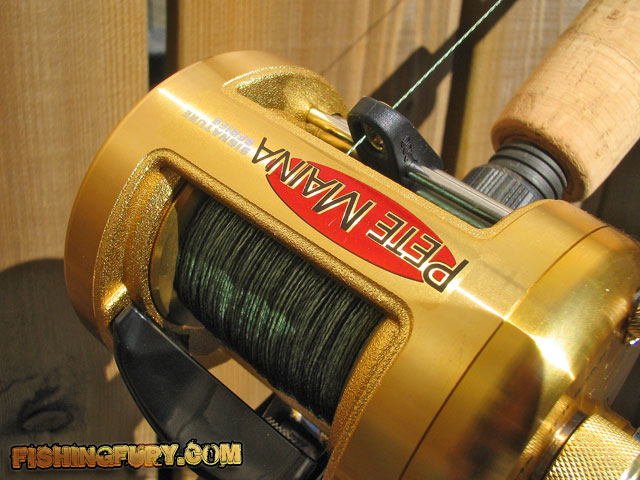 Going by first impressions, since I haven’t so much as made the first cast on this setup, things look very promising. The reel, Pete Maina Signature Series Musky Reel PMX3000MH, feels very solid and perhaps higher quality than the older Shimano Cardiff I have at about the same specs and price. The rod, Pete Mania Signature Series Musky Rod PMX66MHT, is quite nice as well with a heavy duty musky tip, long soft cork handles, and and adjustable weight system in the butt off the rod that comes complete with weights and two style (long/short) caps for extra customization. 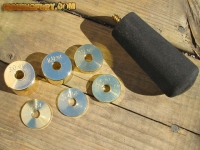 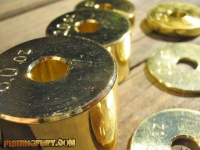 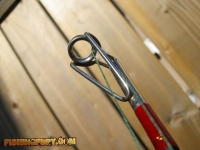 The rod and reel were definitely made to match and it shows.

I do however have one complaint, that could very well mean disaster later, and I really hope that it doesn’t. For some strange reason the rods appear to have a hole drilled through the trigger. Looking at all the rods when I was at BPS I could see that none of them were aligned and seemed to be drilled by hand, after production. The part that scares me the most is that 5 out of the 10-15 rods there had their triggers broken off, right at this drill hole. What gives? 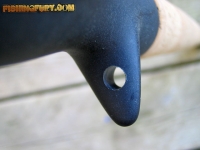 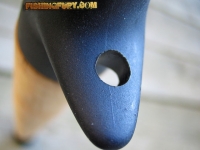 I really hope this is from foolish people dropping the rods and then quickly putting them back on the shelves. But one third of all the rods on display? That’s pretty bad, you’d think some employee would at least remove them. It makes your product look weak. Not something I’d recommend in Musky gear. Anyway, I think I’m going to fill this hole with some epoxy and sand it down so it’s nice and smooth. 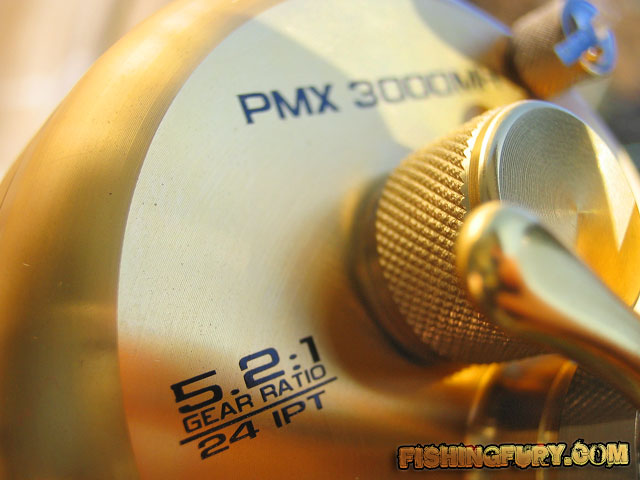 Check out the Gear & Tackle section of our Photo Gallery for more photos of the BPS Pete Maina Signature Series Musky Gear.

UPDATE: A couple of wise elder musky fishermen pointed out that I might also be more comfortable using the large crank instead of the smaller double crank.