There are a handful of fish I really want to catch before I die. To be added to this list, the fish have to either look really amazing, fight really well, or are just be incredibly large. The alligator is all of the above. These mean loooking fish are found in the south eastern United States and can grow up to 12 feet long. These fish have been known to attack alligators and humans in rare cases. The rod and reel world record has stood since 1951, caught by Bill Valverde, weighing in at 279lbs and was caught in the Rio Grande, Texas. I wasnt able to find pictures of the fish but I thought I would share these photos of what looks to be an alligator gar well over 200lbs, one site has it listed as 244lbs. This gar was caught bow fishing and is the biggest one I could find a picture of. 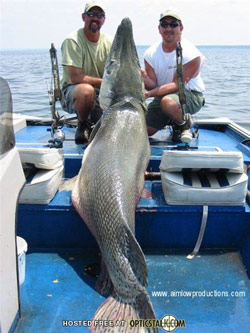 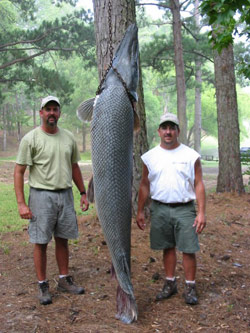