I normally don’t like to put the word ever at then end of a sentence unless I’m joking around, otherwise, it’s really uncalled for 99% of the time. In this particular case though, there was no other option. This is really the greatest fishing trip ever. If you have never heard of Chris Fischer, you are not alone, I had never heard of him before either. But it’s a name I’ll never forget after reading about his fishing expedition, around the world in eighty months.

There are few people in this world that I am truly envious of, but Chris Fischer is now at the top of the list. He is living every serious fishermans dream, traveling the world fishing for everything that swims. Chris and his crew will be traveling in a 126-foot boat that is supplied with everything needed to fish anywhere in the world, including smaller boats to cover even the shallowest water. 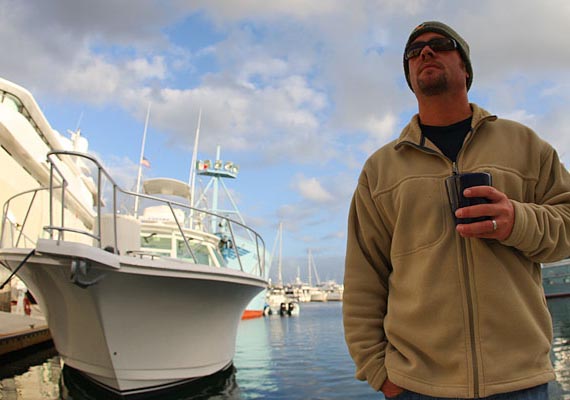 Their ship is, above all, a fishing vessel (as this view of the tackle room attests) and it will be the fishing that ultimately dictates the crew’s direction. Depending on the season, these rods will be bowing to stripers around New Zealand’s Three Kings Islands, wahoo from the Johnston Atoll, black marlin near Madagascar, tarpon in Angola, tuna off Ghana. 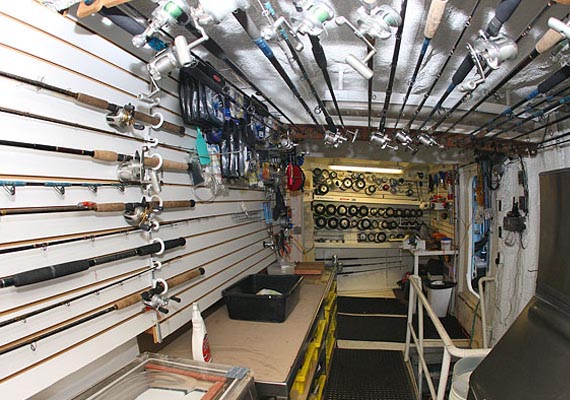 They’re also facing the possibility that many of the fisheries they’re hammering will be, in effect, virgin — beyond what sport fishermen can reach, too far for commercial fishermen to bother, so ostensibly out of range for most of humanity. 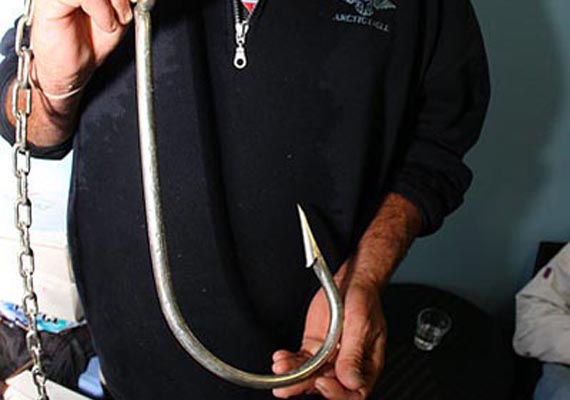 Here, crew member Jimmy Francis brandishes one of the custom-made hooks and high-test line that they’ll be throwing at Jaws.

I couldn’t think of a better way to spend eighty months. I would literally be the happiest man on earth if I was on that boat. If you want to learn more about this incredible trip head over to ESPN.