Pike are known as one of the most aggressive freshwater fish. They attack and eat just about anything that lands in the water, including ducks, mice and many other small creatures. I always figured that the pike had no natural predators, but these photos prove otherwise. 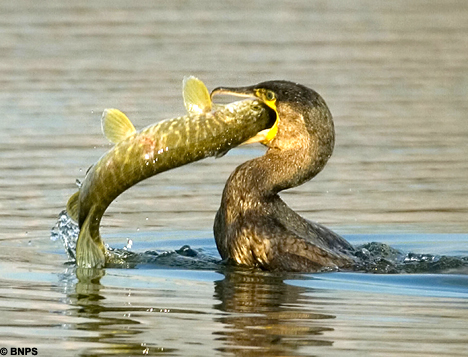 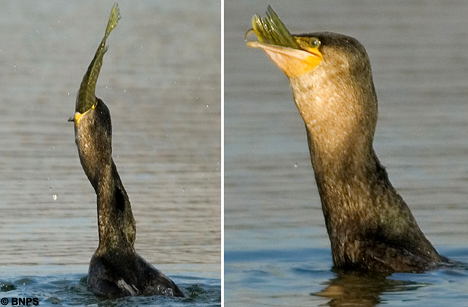 If this bird looks familiar to you, its called a cormorant and was featured on last years Survivor China, where local fishermen used them to catch small fish.

Here’s a clip on how these birds are used for fishing in China.