In Nigeria, fishing is taken very seriously. Thousands participate in the annual Angunga Fishing Festival which has taken place since 1934. The 2008 winner was stripped of his title and thrown in jail after officials learned that he cheated by using a fish he had caught prior to the festival. 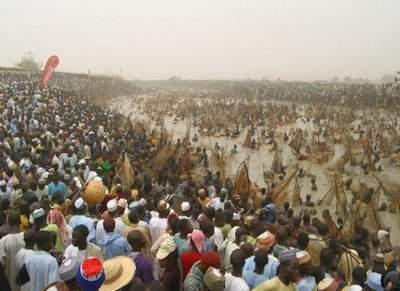 On the final day of the festival, a competition is held in which thousands of men and women line up along the river and at the sound of a gun shot, all of them jump into the river and have an hour to catch the largest fish. The winner can take home as much as 7,500 US dollars. Competitors are only allowed to use traditional fishing tools and many prefer to catch fish entirely by hand (a practice also popular elsewhere and known as “noodling” ) to demonstrate their prowess. 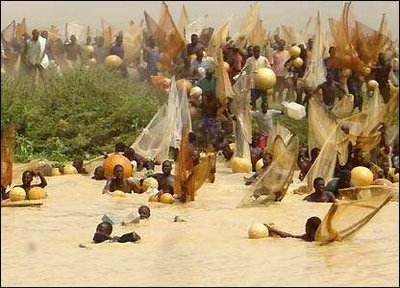 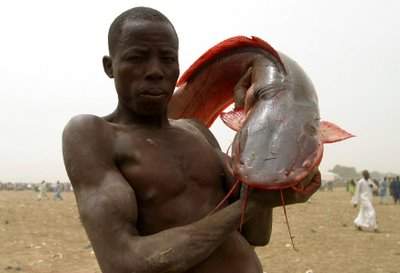 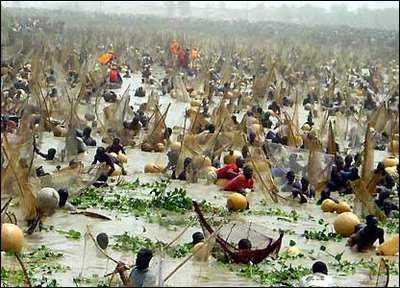