The oldest fish in captivity has now spent 75 years in an aquarium. He made his journey, via steamship and train, from Australia, to Chicago for the 1933 Chicago World’s Fair.The Australian lungfish known as Granddad is 4 feet long and 25 pounds and is said to be at least 80 years old. 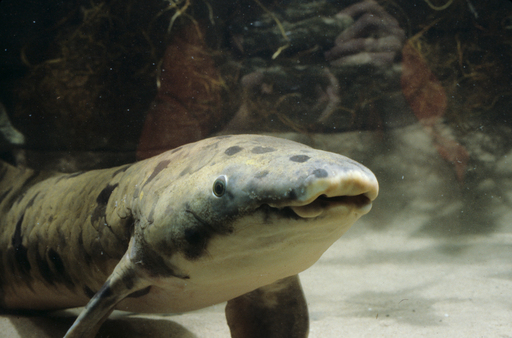 No one is quite sure how old Granddad is — just that he’s been in Chicago for 75 years. That makes the Australian lungfish the longest-living fish at any aquarium in the world.