Thats right, a new world record musky. You’re probably wondering how the hell did somebody beat that 57 inch monster that was posted earlier this week, well they didn’t. This world record is special for another reason, it was caught on a fly rod! 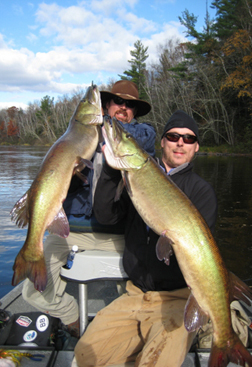 Brad Bohen’s 51.25 inch musky was caught on Oct. 16, 2008 and is officially recognized as a world fly rod record for a released muskie on a 36-pound tippet