This is the first I’ve heard of this strange condition that can affect both smallmouth and largemouth bass. Little is known about the cause of these markings even though this condition was first observed in the 1980s. It is believed that this hyperpigmented melanosis may be a result of catch and release or is a natural defense mechanism against environmental contaminants. There isn’t a lot of conclusive evidence to support either theory 100 percent, but considering both pollutants and catch and release have increased over the years, you expect that these blotches would be extremely common by now. 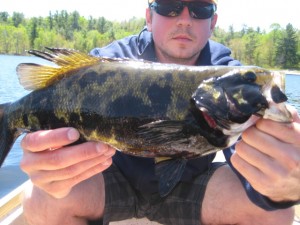 “The marks seem to eventually disappear, suggesting they may be part of a skin or slime repairing process. I’ve also noted that they seem to disappear faster from smaller adult bass. The largest fish seem to hold them for at least two years.”

More about the Bass Blotch Mystery at WMI 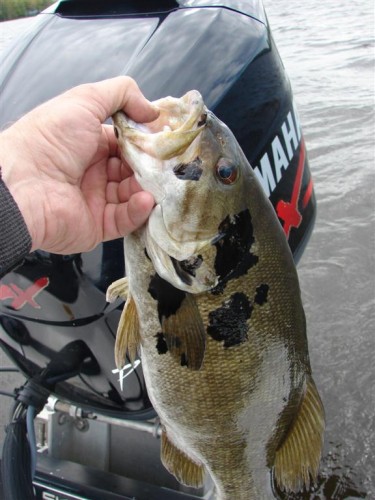 According to the Tennessee Wildlife Resources Agency:

“It is possible that this condition is genetic, viral, or related to some environmental factor unique to certain bodies of water that stimulates the increased production of melanin. This unusual pigmentation (melanosis) has been observed on bass within most Tennessee reservoirs and in other areas of the country for many years. The Fish Disease Diagnostics Laboratory at Auburn University is currently investigating the cause of hyperpigmented melanosis in Tennessee largemouth bass.” 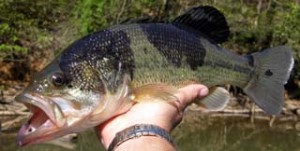