Most people who get attacked by sharks want nothing to do with them, but this guy decided to get a tattoo to commemorate the occasion! 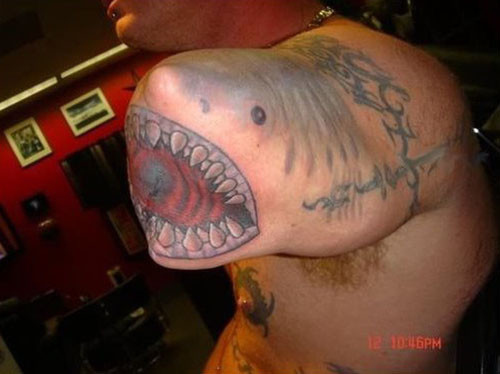 And he’s not the only one who doesn’t hold a grudge. Several shark attack victims have been banning together to protect the very creature that attacked them. They aim to protect all sharks in US waters from finning. (more from the Chicago Tribune)