Normally we don’t mention PETA here but this was too good to skip. It’s probably not a surprise to many of you who follow PETA’s exploits(more), but the USDA has recently released a security profile form to animal experimentation facilities that reveals that PETA has been classified as a terrorist threat by the US government. It doesn’t mean a whole lot right now, but could potentially mean that PETA members could be prosecution as terrorists.

Here’s an excerpt from the form:

B. Terrorist Threat. What terrorist activities have occurred in or around your building/facility in the past 5 years (documented cases)? Please check all that apply. 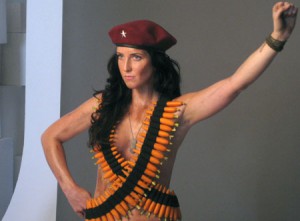