If you’ve been watching the news recently you’ve probably heard about at leaset one of the bizarre cases of massive deaths of both birds and fish. The first story came in right after the new year in Arkansas where thousands of red-winged blackbirds fell from the sky over a mile of land in a small town. Then only a hundred miles we learned of another massive death of fish, but again only a single species- drum. Neighboring Louisiana saw some 450 bird die littering an entire half-kilometer of highway. 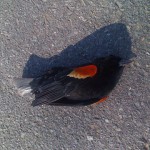 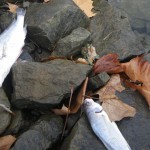 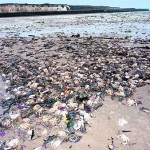 Further to the south in Brazil some 15 tons of dead sardine, croaker and catfish have washed up along the coast. Across the pond 40,000 crabs died and washed ashore, though dead starfish, lobsters, sponges and anemones were also found, scientists claim that a severe drop in temperature could have been the cause. Even in Sweden 50 to 100 jackdaws (birds) were found dead.

There’s no doubt that these massive deaths around the world are mysterious, and some may never be truly explained, but after searching around I found an article that predicted massive bird deaths around the great lakes due to a widespread increase in botulism (google webcache link). We’ve certainly seen this happen close to home in the last few years where several carp species where infected with a form of herpes and begun washing up on shore of Lake Scugog.

Many sources are now reporting that they believe the bird deaths were caused by fireworks scaring large groups of birds from their nests late at night, those birds with the least adaptive night vision were the birds that died, crashing into buildings, cars, even the ground.