Posted on October 13, 2012 by KokeMachine
No Comments

After a slew of technical difficulties that delayed the original release date, 4 EEL FISHING Episode 4 is ready for your viewing pleasure.

Better get yourself a helmet and install a seat belt in your favorite reclining chair as this is the longest, most intense and strangest comedic fishing show you may ever see.

Join all of Kokemachine’s 5 fans and check this baby out! 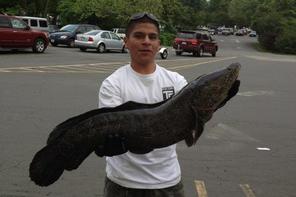