A Pacu was recently caught in the Grand River in Michigan by Isa DeVos. This is likely another example of an aquarium owner releasing his non-native fish in to the local waters and not a sign that we’re being invaded by another invasive species.

Pacu, a vegetarian relative of the piranha, can grow very large over their life span (up to 60lbs!) and easily out grow even a large aquarium. Many fish owners don’t consider how large their pets can grow, or even how long the can live for. I’m sure this owner thought they were doing the human thing by releasing them, but in fact it’s the opposite as they’re now endangering native species.

You may also recall an earlier post about Adam Eibling’s “impossible catch” of a 5lb Pacu in Ohio.

There are many ways that the USA is dealing with the Asian Carp invasion, there’s the electric fences (that may have already failed), a campaign to get people to eat them by calling them “Kentuky Tuna“, even extreme aerial bow fishing groups, but none of these ideas are as awesome as this one from the Peoria Carp Hunters! Trailer is up first, full length cuts after the break!

END_OF_DOCUMENT_TOKEN_TO_BE_REPLACED

Life Science Investigations (WVIZ/PBS/Ideastream) has put together a phenomenal multi-part investigation on the invasive asian carp threatening the great lakes. If you can’t spend the time watching them on right now I highly suggest downloading them to your phone or ipod to watch later, or even watch them in a background tab with the audio on. 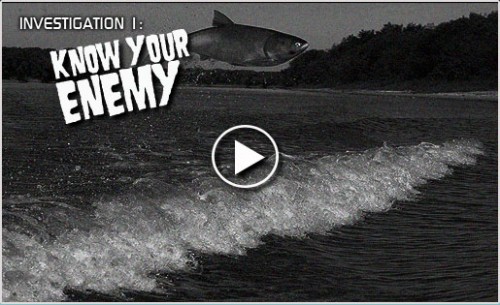 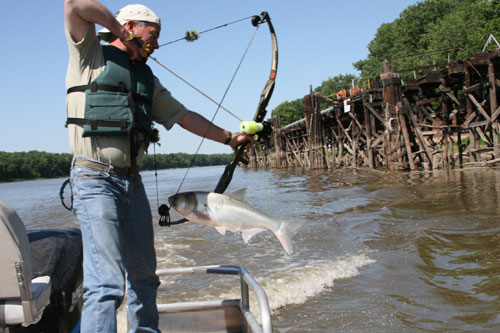