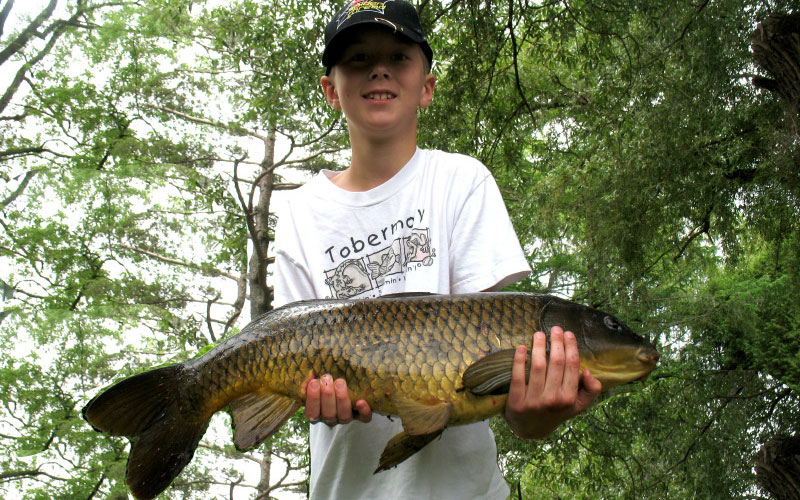 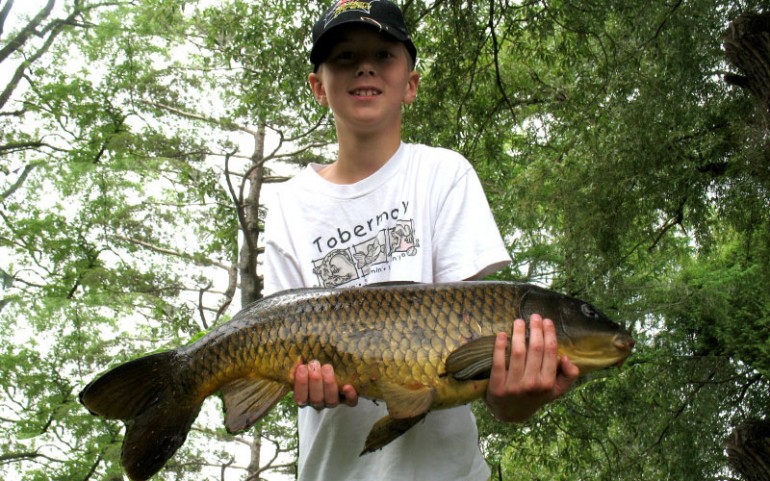 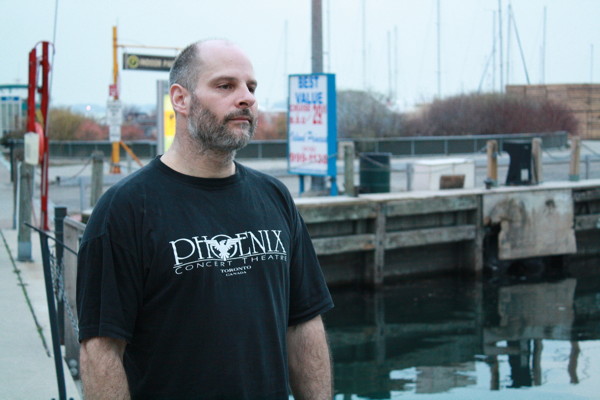 Here in Toronto we have some of best urban shore fishing I’ve ever experienced in a metropolis. It should really come as no surprise to most of our readers as this blog was born from the shore fishing opportunities Clive and I discovered on the Toronto Islands eight years ago! In that time we’ve posted dozens of shore fishing reports from around Toronto, and have been interviewed and featured in The Globe and Mail and the Toronto Sun. We even shot an episode of Big City Fishing with Jamie Pistili, a show entirely focused on urban fishing. 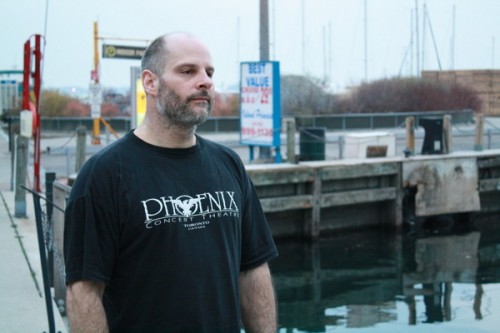 Recently however, the shore fishing here in Toronto has taken a very sour turn. Many fisherman have been told to stop fishing and leave the area by security guards and even the harbour police. Coincidentally all of these fisherman were told that shore fishing was illegal under the Toronto Port Authority by-law #24 and there was no shore fishing allowed along the harbourfront from the east beaches to the mouth of the Humber river.

Here is the by-law as written by the TPA in their Practices and Procedures.

24. No person shall fish from shoreline unless in an authorized area designated by posted signs.

So under this law all shore owned by the TPA is a no fishing zone unless a sign specifically stating fishing is allowed in the area is posted. Now have a look at this TPA jurisdiction map so you can see just how much area is covered under this by-law. Not to mention it also covers the Toronto Islands, which the city of Toronto has praised as an excellent urban fishing opportunity (pdf), and Ontario Place where Dave Mercer held a kids fishing day last year.

After much outrage in our forums and on several other large Ontario fishing boards, and no doubt man angry and frustrated anglers making phone calls to the Toronto Port Authority. The TPA responded by engaging us on our own turf and explaining the situation. You can read the full response by Mike Riehl of the TPA on our forums, these are just the most relevant bits.

The vast majority of the waterfront property in the harbour are owned by the City of Toronto, Harbourfront Centre, Ontario Place or by private companies and NOT the Toronto Port Authority.

Fishing is commonplace amongst the Toronto Islands which fall under the jurisdiction of the city’s Park and Recreation Department.
Chapter 608 of the Toronto Municipal Code deals with Parks. Section 38 addresses Fishing.

Harbourfront Centre and Ontario Place are separate identities from the city and province and have their own rules. Both do NOT allow fishing on their property and that signage is posted.

Harbourfront Centre’s jurisdiction covers from York St slip to Portland St slip except for HT0 Park East (where the beach and umbrellas are…at this time I am not sure if the City’s Park and Rec Dept has posted no fishing signs there).

So what the map doesn’t show is that the TPA really only owns about 20% of the shoreline along the city, the Toronto Islands are covered under Toronto Parks and Recreation (see section 603-38), and the rest is controlled by the Harbourfront Centre or other private companies. Ultimately this means that areas where fisherman were being hassled and mistreated did not have signs posted stating it was a no fishing zone, were not under TPA jurisdiction, and furthermore the security guards and police did not have authority to enforce the TPA’s by-law there. So as it turns out the TPA is not the actual source of the fishing problem we are facing, but the misguided use of their by-law by unauthorized security personnel, namely the Harbourfront Centre. 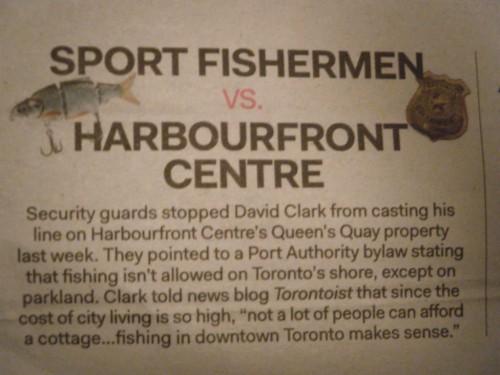 On March 27th the Toronto Port Authority released a statement saying that they “will initiate a dialog with several key waterfront stakeholders, including the City of Toronto, Harbourfront Centre, Ontario Place, Waterfront Toronto and the Ontario Ministry of Natural Resources regarding the recent confusion surrounding the rights of individuals to enjoy the pleasure of fishing in Toronto-area waters.”

Mark McQueen, Chairman of the TPA Board of Directors, said that “the TPA fully supports public use of Toronto’s waters for a variety of safe activities. Whether it be fishing, sailing, power boating, or rowing, among other pursuits, we encourage the enjoyment of the tremendous public asset that is Lake Ontario. Fishing has never been banned, and once appropriate sites are chosen by landlords and marked for public use, we are happy to host a fishing derby this summer to encourage Torontonians to come down to the waterfront and try their hand at landing a Northern Pike, among other sport fish.”

Considering none of this was actually the TPA’s fault since they were basically being used as the scapegoat on an illegal fishing ban, they have clearly taken the high road. My hat is off to Mark McQueen and Mike Riehl of the TPA for all their efforts. I think the idea of a Toronto fishing derby is a fantastic idea and will gladly help in any way that I can. I’m also working on a collaborative google map of legal fishing spots along the lakeshore.

Stay tuned as we’ll try to provide some more timely updates on the situation. That said if you wish to join the ongoing conversation please consider joining our forums. 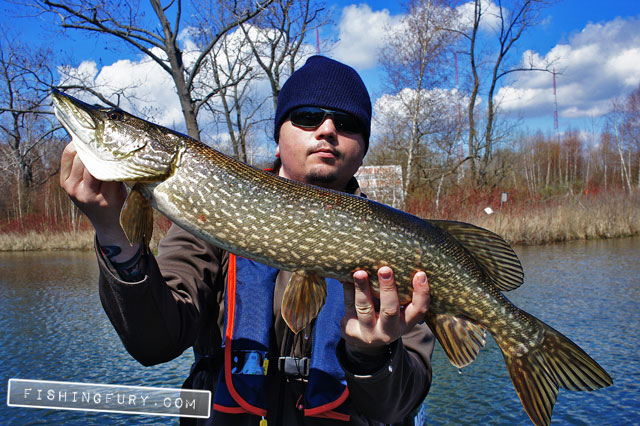 I finally had the chance to sit down and play with some of my GoPro Hero HD footage, it was also the first time I took Final Cut Pro X for a spin. While many people have complained about the downsides of the new Final Cut, and the bizarre iMovie like interface that throws all your years of NLE (non-linear editing) out the window for a new “magnetic timeline”. I found that FCPX did a fantastic job of editing the 1080p source footage. In fact I edited and exported this video in the time it would have taken Final Cut Pro 7 to render it for playback!

There’s no fancy editing techniques in this video, I simply chopped out the boring stuff and used a built-in transition in between each of the clips. Feel free to crank it up to 1080p and fullscreen it for full effect.