At Fishing Fury, we love shiny things as much as fish do – especially shiny reels. As odd as it may sound, it’s not only important that our reels function well, but that they look great too. Beauty is definitely in the eye of the beholder when it comes to reels though. Personally I prefer the appearance of a round baitcast reel, where as Jon prefers low profile. One thing with both agree on though, is that if we had the money, we would have a serious collection of pimped out reels. Here’s a list of the reels we wish we had, but probably never will.

On a side note to any manufacturers out there, we’d be happy to torture test and review you reels if you send us a couple.

I won’t pretend to be a fly fisherman, but I can’t deny how much I love the look of these reels. Tibor has some of the most beautiful reels I have ever seen. Not only do they look great, but many fly fishermen swear by them because of their construction and quality. I’ve taken a look at their whole lineup of reels, and each one is a work of art. We’ll take one of each please.

Loop Evotec
Welcome to the future. It begins here.

Enter the Evotec CLWC, made from clear composite. It is the only clear fishing reel I have ever seen. Now you can have a side view of the line peeling off your reel. It isn’t the most expensive reel, but it is definitely unique! Loop’s entire reel lineup is awesome, but the Evotec gets honors here for being one of a kind.

Abel Reels
To design and build the best, most dependable gear in the world and give world class customer service.

Able offers something rarely seen in the world of fishing reels, one-of-a-kind design done individually by hand, anodized individually using a special artistic metallurgical process. What does all that mean? It means you have a truly unique reel. You can even get a reel that matches the patterns of your favorite fish! There are so many choices it’s impossible to pick my favorite.

Exclusive offers the only reel that is part of a trilogy. The unique, futuristic design of Ari’t Hart is exceptional. Hart is the only reel maker who can claim a permanent display in the Architecture and Design Collection at the Museum of Modern Art in New York City. These reels come with installation instructions but Exclusive Reels recommends installation by a certified dealer. WOW.

“Heads of state, European royalty, captains of industry and connoisseurs of what Frank Forester christened the “most beautiful of all rural sports” have been choosing Ari‘t Hart’s painstakingly crafted creations to fly-fish with for almost 50 years. Ari’s reels are works of art that offer a lifetime of effortless, sublime casts to sportsmen the world over.”

With its patented maintenance-free drag system, and its striking looks, the Van Staal will never be confused with an ordinary reel. If you have ever seen one of these in reels in person, you know just how awe inspiring they are. Manufactured from high grade 6061-T6511 aluminum, stainless steel and titanium this reel is tough as nails. I’m pretty sure its actually bulletproof. It even looks like it made from solid gold and the logo looks like a dollar sign. If 50 Cent went fishing, this is the reel he would use.

The Ito reels are so elite, you can’t even find them on Daiwa’s website. These incredible reels where released in limited numbers in Japan in 2003. They were designed by Mr. Yuki Ito, the Megabass founder and chief designer. I have spent countless hours looking at Japantackle.com and always end up drooling over these Ito reels. The attention detail and quality part makes these reel highly desirable among enthusiasts. If I had to choose just one bass reel to use for the rest of my life I wouldn’t look any further then the Ito reels. I don’t think there has been or ever will be a reel as pretty as the Ito 103 (seen below on the right). 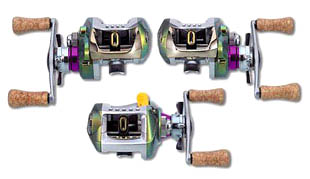 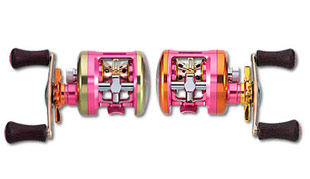 This is what happens when a family of high-tech design engineers known for creating jet turbine engine components decide to start making fishing reels. These reels feature a revolutionary twin drag system that can handle the biggest and baddest fish in the ocean with relative ease. Did I mention these guys can build jet turbine engines?

“Our Platinum TwinDrag™ two-speed reels are simply the finest built and most rigorously tested offshore reels available to serious big-game fishermen. Designed to be light weight yet extremely durable, they offer unique features that represent state-of-the-art technology not found in any other fishing reels.”

Shimano revolutionized the fishing reel by introducing Digital Braking technology. This computer controlled reel promises up to a 40% increase in the distance you can cast. Who doest want to cast 40% further? A Sleek shiny exterior combined with state of the art reel technology, you cant go wrong with this reel. We love technology and we love Shimano, this one was a no brainer.

“The waterproof Digital Control system is self-energizing: It recharges with each cast and needs no battery or power source.” 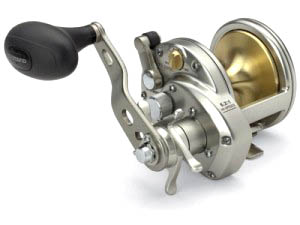 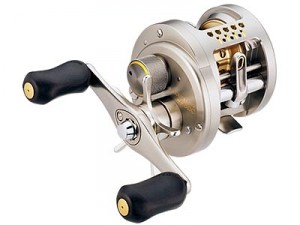 The Energy PTi is the only the cheapest reel on the list, but the only reel that is already part of the Fury collection. I got this reel in 2004 shortly after it was released in Canada. At the time it was the most expensive reel I had ever purchased. I still love this reel even four years later. It’s without a doubt the smoothest spinning reel I have ever had. It’s titanium deposition coating and screwless aluminum side cover makes it the prettiest spinning reel I’ve ever seen. The current design is slightly different, and sadly it does not compare to the beauty of the original. Jon picked up a Tour Edition PT in 2006 and the look and build quality are top notch. While not as pretty as the Energy PTi, it is elegant yet manly in appearance. Both reels are small in stature, but are touch as nails thanks to an advanced ceramic drag system – both reels stood up to monster pike at Little Vermilion with ease. Photos simply cant do the Energy PTi justice, it actually changes colour as light hits it! 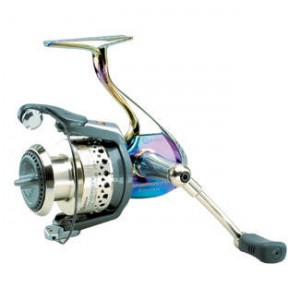 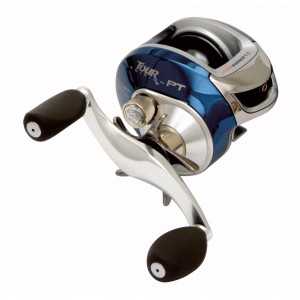 Hardy Zane Ti
Invest in Hardy. Invest in your soul.

The Zane Ti is the Bugatti Veyron of fishing reels. It is the most expensive and the most impressive reel on the list. The is a big game reel, capable of handling the toughest fish the sea has to offer. The Ti is made from the finest Titanium and is “self-healing”. Oh yeah, and this is a limited edition – only 100 will be produced.

“Consider this. The creation of the highest grade aluminum reels demands around six minutes of engineering on today’s machines. With a titanium reel, this process takes six whole days to hand craft one reel. The result is a stronger, lighter reel totally impervious to corrosion.” 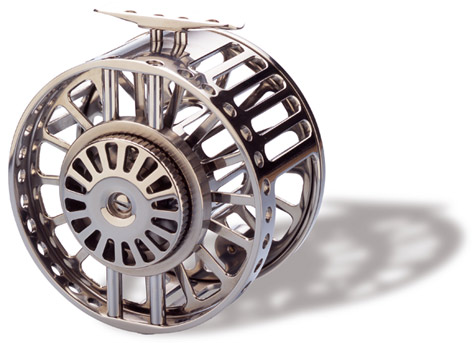 Did we miss your favorite reel? Let us know!