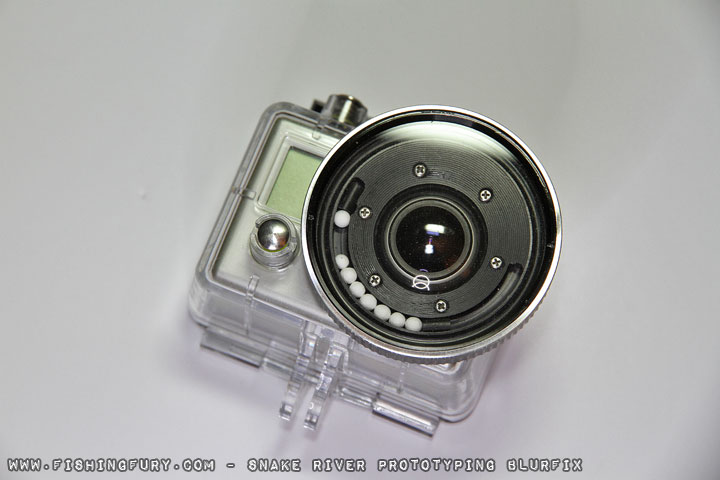 When I first purchased my GoPro Hero HD it wasn’t long before I discovered a major flaw- all my underwater footage was blurry! This never happened with my Sanyo Xacti when shooting underwater and I was very confused about what was going on. As it turns out the curved lens distorts the video when shooting underwater. I checked on GoPro’s website and sure enough there is a mention of it in their FAQ. Technically GoPro only says the housing is waterproof and doesn’t actually market it as “underwater”, but they say they are developing a flat glass adapter for underwater use. Never-the-less I set out to find an existing solution and came across the Snake River Prototyping BlurFix. 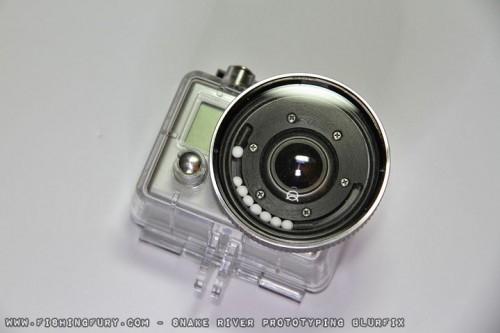 The BlurFix kit costs $77 USD and comes with everything you’ll need to update your existing GoPro housing (instructions booklet not pictured). You can also buy a “naked” BlurFix for $66 USD or even buy premounted housings for $139 USD. The flat lens mount is made from precision CNC machined aluminum and has been tested to a depth of 130ft. The kit also includes a clear 55mm filter for use underwater, a set of o-rings to make sure you get a water tight seal, some desiccant balls to prevent fogging inside fixture (and plenty of backups), a few small weights to keep the balls in the groove, and a tube of silicone sealant. 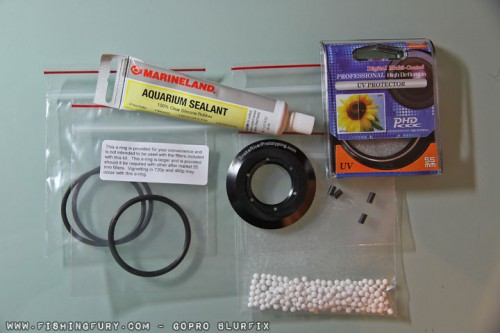 Now might be a good time for me to mention that the BlurFix is a permanent modification, you will be able to remove the flat lens filter but not the adapter. Provided you’re okay with that, installation only takes about 10-15 minutes. First you’ll need to remove your camera from the housing, and then remove the curved lens cover by unscrewing the six small screws on the front. Do not remove the curved lens! Apply the silicone sealant to the back of the Blurfix around the screw holes. Place the BlurFix over the screw holes with the desiccant ball groove level and on the bottom half of the GoPro housing. Screw in all six holes and tighten in the pattern described in the BlurFix instructions. That’s it, just leave it to dry for 24 hours before using it underwater. I’d also recommend testing it before putting your camera in it just to be sure, but for me the install was simple and flawless.

With the BlurFix now attached to the GoPro housing without the o-ring or filter the images and video are identical to the unmodified housing with no vignetting. With the o-ring and provided low-profile clear filter installed for underwater use there is limited vignetting at 960p, but none at 480p, 720p, or 1080p (Hero HD2 owners have reported vignetting in wide mode with some cases). Vignetting doesn’t bother me, and it doesn’t effect any of the modes I use. But depending on the light there is a slight glare from filter or the housing that is noticeable, but again this doesn’t really bother me. Underwater the difference is night and day, underwater shots are now crisp and perfectly in focus. Check out this test video I took using the BlurFix, the filter and o-ring are attached for the whole video.

Overall I would have to say the BlurFix performed exactly as advertised and even surprised me in some ways. The attention to detail is clear and knowing it’s built and tested by scuba divers means it’s built to withstand more stress than I’ll probably ever put mine through. The BlurFix also gives me greater adaptability both above the water and below as I can now use additional filters such as a polarizer to cut through glare on the waters surface- just like your trusted polarized glasses. 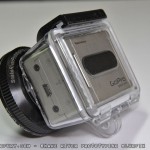 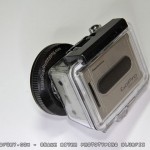 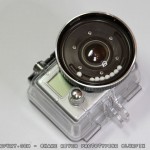 If you want to shoot underwater video on your GoPro then you need a flat lens adapter. If you want a high quality mod with some extra versatility thrown in, you want a BlurFix.