Looking for a fresh rig to drop for this summer’s fishing season or are you already dreaming of the frost of next year’s hard water? I’ve got fantastic news for you: the Double Baited Rattle Rig is going to put fat fish burgers into your belly. Have a laugh and learn all about it in this 4 minute long all animated 4 Eel Fishing special edition RIG IT sequence. 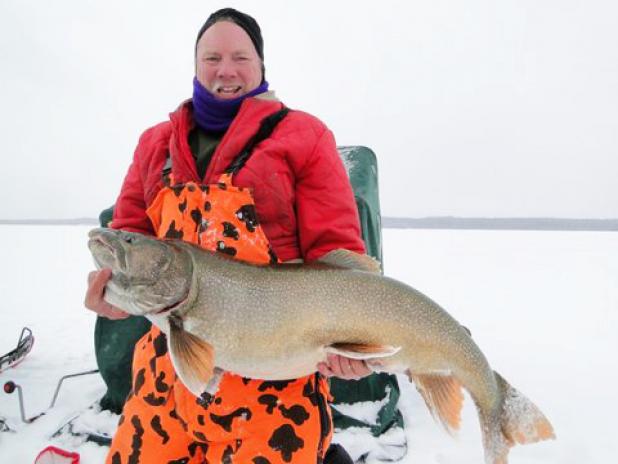 It’s not every day that you catch a 46 inch lake trout. It’s even rarer to catch one through the ice, but that’s exactly what Bruce Sederberg did back in mid January! This massive lake trout is the largest ever caught through the ice on a rod and reel! 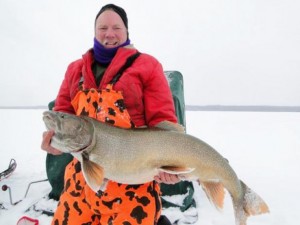 Neither angler had a measuring tape. Wanting to get the fish back into the lake as soon as possible, Sederberg laid the behemoth in a fresh patch of snow and made impressions at the tips of its nose and tail. “There are fish to eat and fish to release. I knew right away while fighting this fish that as soon as I landed it, she would go right back in.”

Read more via Field and Stream 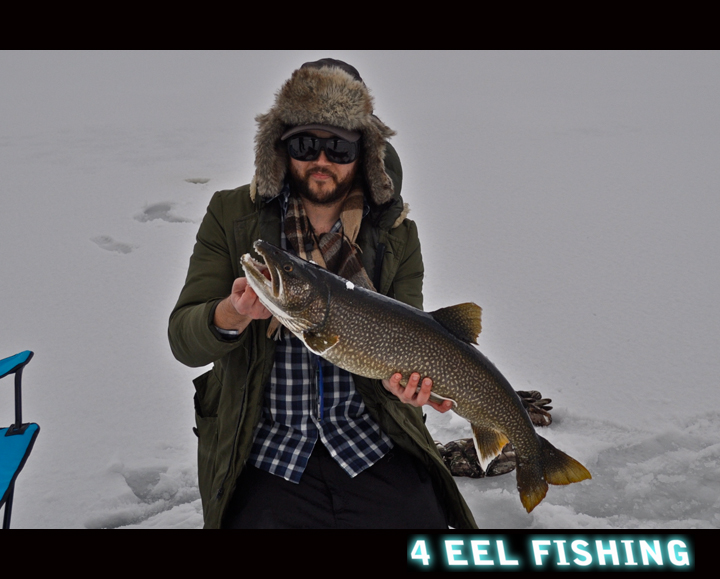 The fishing game is one that is occasionally disrupted by strange and fantastical moments. In ice fishing these moments are truly amplified by the fact that all you are looking at is a dark hole into the deep abyss with little or no knowledge of the happenings below. 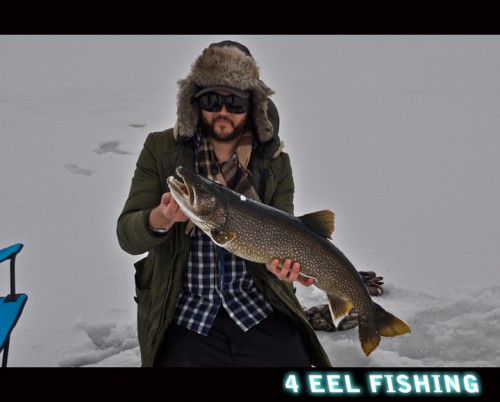 In a recent trip to Lake Rosseau, my friends and I had the pleasure of having one of these tall tales unfold before us on one sunny day in February. After a decent morning of catching smaller lake trout, suddenly my eye was caught by my friend’s fishing rod doubled over with his drag blasting off line. I sprang over with my video camera and frantically filmed as he fought the beast over several deep runs. Eventually the trout tired but when it arrived at the hole it was both sideways and tangled in the line. There we stood staring down the hole seeing only the fat spotty belly, pondering how to pull the fish through the ice. It was a pause one moment too long! With one weighty thrash the trout pulled the line to the edge of the hole and snapped off. We helplessly watched as it slowly dove back into the depths with my friend’s lure. We were excited by the fight but disappointed by the loss.

We reserved to resume our fishing and we each returned to our respective holes mumbling about how awesome that would have been to land that fish. Minutes passed when suddenly I felt my rod tip drop. “Fish On!”, I screeched. I could tell the fish was heavy but the fight was short. As it rose to the hole I was stunned by the sight of my buddy’s lure dangling from its lips. Its head turned into the hole and its face poked from the icy water just as my line snapped on his teeth. Panicking as it began to sink back into the hole, I grabbed the fish on the tip of the jaw with its sharp teeth digging into my fingers. “Go ahead and bite me!” I thought, “We can’t lose this fish twice!” I hauled the fish onto the ice and began to scream like I had won the lottery. We removed my friend’s lure, took a few pictures and sent the fish home to the depths. I have had a fish bite the same lure twice but this was something else. Our holes were nearly 50 feet away from each other and several minutes passed between hookings. The fish was maybe about 10 pounds. It wasn’t a monster as far as Lakers are concerned, but it was a legend that day. 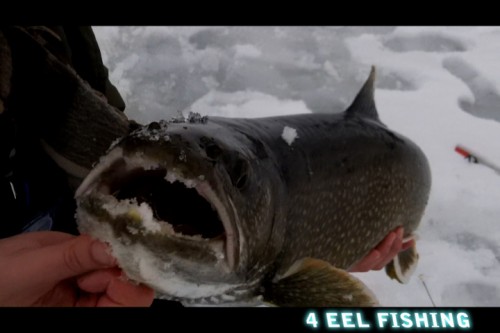 There have been some huge trout caught recently, but none are even remotely close to this record. The world record lake trout is 102 lbs (46.2 kg). This incredible trout was caught using a gillnet in 1961. 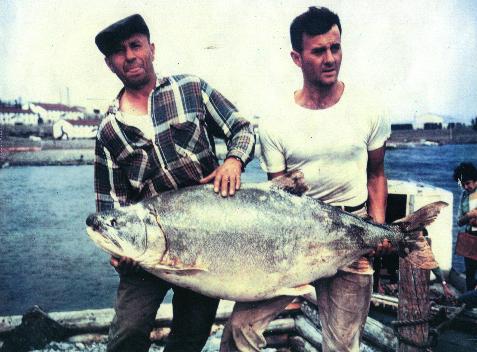