My friend Bill sent me this photo of his girlfriend Tania and her personal best 43 inch musky. The fish was caught on an all pink Rockstar Lure! Furthermore, this is the biggest fish caught by a woman using Rockstar Lures! 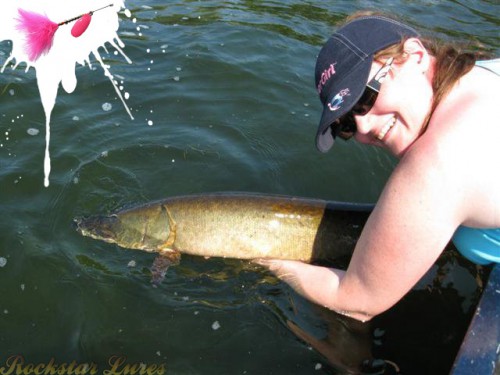 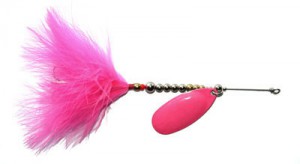 Posted on April 12, 2011 by Jonathon Marshall
No Comments

Ontario recently released an online Guide to eating sport fish outlining the safe limits of fish from hundreds of different lakes and rivers, and have now taken it one step further by integrating their data with Google Maps. 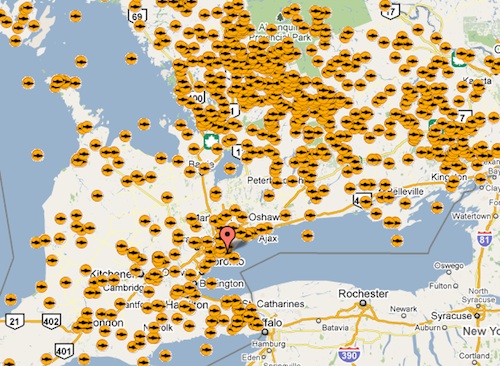 Fish can be an important part of a healthy diet, because they are high in quality protein and low in saturated fat, but in some cases care must be taken because of contaminant levels in the fish.

Anglers can use the guide to identify species and angling destinations with lower contaminant levels. The 2011-2012 edition includes advice for sport fish from more than 1,950 lakes, rivers and streams around the province.

As it turns out the northern pike in the Toronto Harbour and Toronto Islands are actually quite safe to eat, with a suggested limit of 8 meals per month.

END_OF_DOCUMENT_TOKEN_TO_BE_REPLACED

It looks like there could have been a new record sheep head in Ontario! Our friend Mike caught himself a massive 22.2 pounder back in 2008, that set the record and now Aaron Shirley (who some of you may recognize from such shows as Getting Hooked with Aaron And Barry) caught an even bigger one in the same area, tipping the uncertified scales at 27.5 pounds (12.5 kg)! 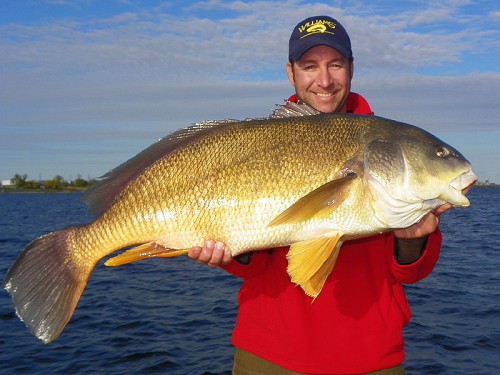 END_OF_DOCUMENT_TOKEN_TO_BE_REPLACED

The 2010 season is slowly beginning here in Ontario and other parts of North America and the new lures and equipment are starting to hit the shelves. One of the things you may have noticed over the last few years is that fishing lures are getting more and more realistic, not just in looks but some companies are now accurately producing the swimming dynamics of fish with high-end swimbaits. We’ll be covering the new 2010 gear through out the spring and hopefully carry some of them in our OpenSky store.

One of the new lures, and companies, that I’m most excited about this year is based right here in Ontario. Koppers Fishing was created by Grant Kopper who has been making his own lures since the age of eight, and now thirty years later his company is now selling in Canada and the United States. Koppers lures spare no expense in detail, these are some of the most realistic crankbaits I’ve ever seen and their Live Target System makes it easy to find the lure that fits your applications. The new Blueback Herring is one lure I will definitely be picking up this year, this bait looks like a solid contenterd for monster bass and big pike. Lures sell for between 10-12 dollars each.

Check out this video from WFN featuring Grant Kopper and one of his Live Target Crawfish crankbaits.