Raphael Biagini didn’t know what he was getting himself in to when he set the hook on a fish in the south of France. As it turns out he had hooked in to the most legendary fish in the lake, and after a ten minute gruelling battle, he stepped in to the water and lifted this huge 30lb orange koi from the water. This fish was no stranger to the locals, in fact some had spent over six years trying to catch the legendary “giant goldfish.” The fish was released. 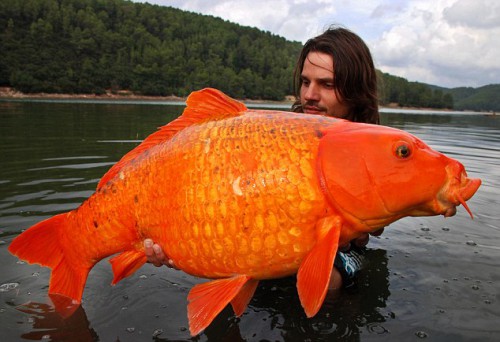