Much as the title suggests, literally millions of dead fish including anchovies, sardines, and mackerel were found floating on the surface of King Harbor Marina. Authorities are investigating the causes, but so far signs point to “oxygen depletion” and have stated that no oil slicks or contaminants have been found. 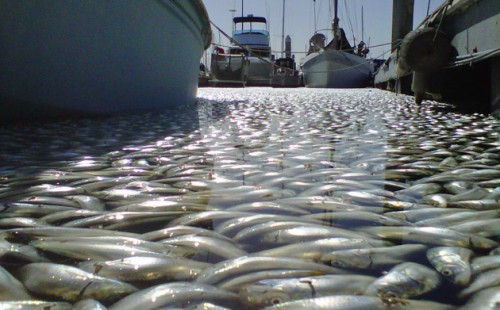 City Manager Bill Workman said city officials with the help of marine experts would help determine if there was any environmental issue involved. Tests are now being performed on the water as officials begin removing the dead fish, which city officials estimated to be in the millions.

“There are no visible signs of any toxins that might have caused [the die-off] and our early assessment is that this was oxygen depletion,” Workman said. “This is similar to what we experienced five years ago but that was distinctly a red tide event but there’s no discoloration of the water, no associated foaming in the waves, Workman said. “There are no oil slicks or leaking of substances into the water.” 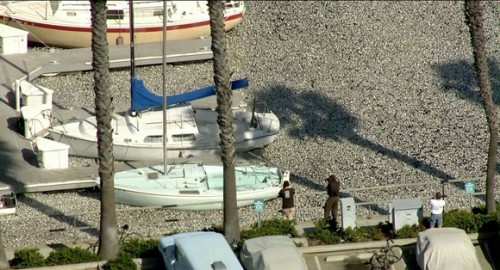 * UPDATE: A toxin may have contributed to why the fish congregated in the same marina, but the cause of death is still pointing at oxygen depravation.

Thanks to member ST on the forums for linking us to the original story.