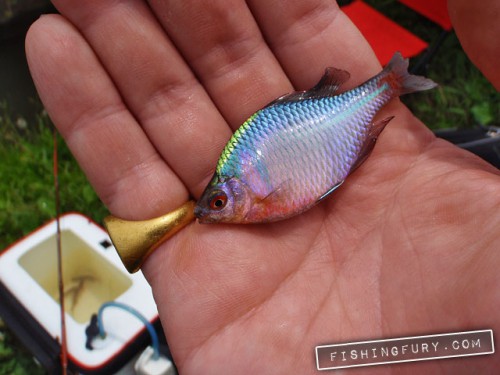 Tanago is the generic term in Japanese covering the small freshwater fish of the Rhodeus, Tanakia and Acheilognathus genera; there are probably a dozen or so species that are considered sport fishing targets. In English, these fish are generally referred to as bitterling. Some species of tanago grow up to 15cm in size, although 5 – 10cm is more common. During spawning season, the males tend to develop a very striking pattern, a mixture of red and iridescent metallic colours, while the females, although ‘drab’ in appearance, develop a very long ovipositor, sometimes the length of their own body. A full description of the different species, and their very unusual mating habits and life cycle, is outside the scope of this text, but to me tanago are interesting fish for both ichthyologic and angling reasons. 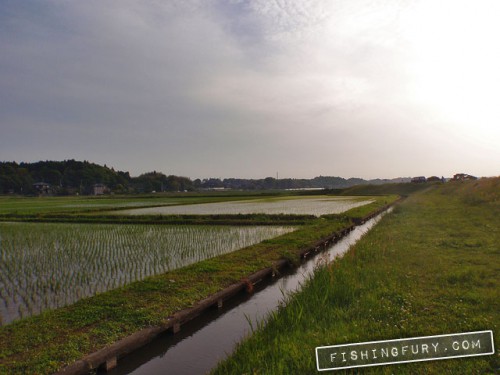 Tanago are cyprinids, the carp family of fishes, and are generally omnivorous. They thrive in the waterways and channels surrounding rice paddies and lotus fields, sometimes in ditches no wider than a couple of feet or requiring a long slog through bamboo or reed thickets. I usually head to the lake system of Kasumigaura, a short journey north from Tokyo. Finding the spots holding tanago is part of the fun of the fishing, and there is always the distraction of the local flora and fauna if you do not; I have spotted a huge variety of waterfowl, and once even remarked a peregrine falcon – something most Japanese ornithologists can only dream of. Tanago are not fussy feeders and will take baits like bloodworm, commercially available starch or gluten-based pastes for carp fishing and even boiled egg yolk, on a simple float rig with a single hook. The main difference is of course, the size of the tackle, which is scaled to the size of the fish targetted. 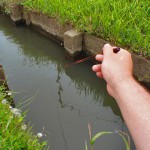 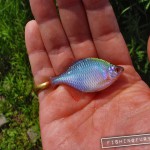 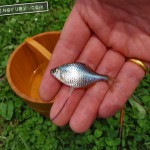 Tanago anglers hold the belief that the smaller the fish landed, the greater the testament to the skill of the angler, and seek to catch the smallest fish possible. The prized catch of the determined tanago angler is the fish that can ‘fit inside a one yen coin’ i.e., is less than 20mm in length. After six months of tanago fishing, this prize still eludes me. A fishing buddy has taught me the ‘secret’ of sharpening one’s own tanago hooks: this is done under a microscope, with a watchmaker’s diamond file. It is not surprising then that most tanago anglers in Japan are considered eccentric, if not outright lunatics. Indeed, I once met a man who used to be a professional bass angler, but after winning several national competitions it ceased to amuse him. 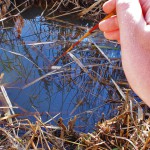 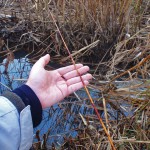 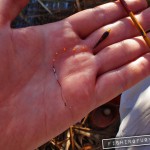 He sold all his trophy bass gear to take up tanago angling on bamboo rods; now he travels the country year-round in the solitary pursuit of this new game. Tanago rods are made from bamboo and are usually 50cm to 1 metre in length, and the hooks 4 or 5mm long. In the Edo Period, the line used for tanago fishing was usually a single human hair, preferably taken from ‘a woman you love’. Allegedly, female hair has just the right level of elasticity and sinking characteristics necessary for tanago fishing, although perhaps a more prosaic explanation would be that the technology of the time could not spin silk thin enough, and that women wore their hair much longer than men did. Whether you choose human hair or the more readily available nylon, you can fit all your fishing tackle in a small pouch, or indeed your shirt top pocket; the rods usually break down in several pieces to about 20cm. There is a historical reason for this. In Edo, sport angling was considered a gross indulgence and in some periods, proscribed by law; one could hide a tanago rod easily in a pouch or bag slung from the waist. However, much like the use of hair as fishing line, history is subject to fancy, and whether the objective was to hide the rod from censorious authorities, or just to avoid the remonstrations of a scolding, non-fishing wife, is unknown. 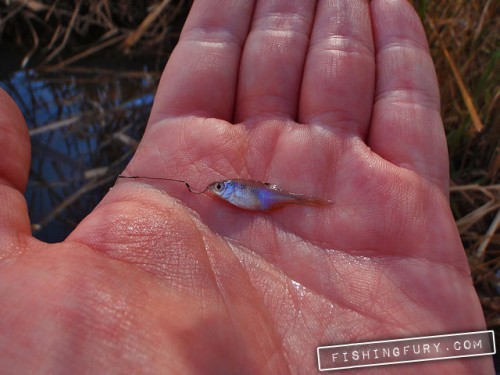 In summary, tanago fishing has proved for me to be a most diverting form of angling. For those used to battling mahi mahi or tuna on a high running sea or epic plays with feisty trout on a fly, it may seem a highly eccentric past-time. I thought the same, until I tried it for myself. In the meantime, I have taken to making my own bamboo rods for tanago fishing, but that is another story, as is the various ways one can eat these fish. I have come close, once, to the holy “one-yen fish” but when I do succeed, I will be sure to remember it, and it will be one catch that does not become exaggerated in size with time.

On a lucky day in Tokyo

Adam, thank you very much for you entry into our 2010 Contributor Contest. Your amazing contribution has won FIRST PLACE in our contest and you will receive a one-of-a-kind Sportsman Trophy Plaque, as well as a copy of Fins & Skins magazine!